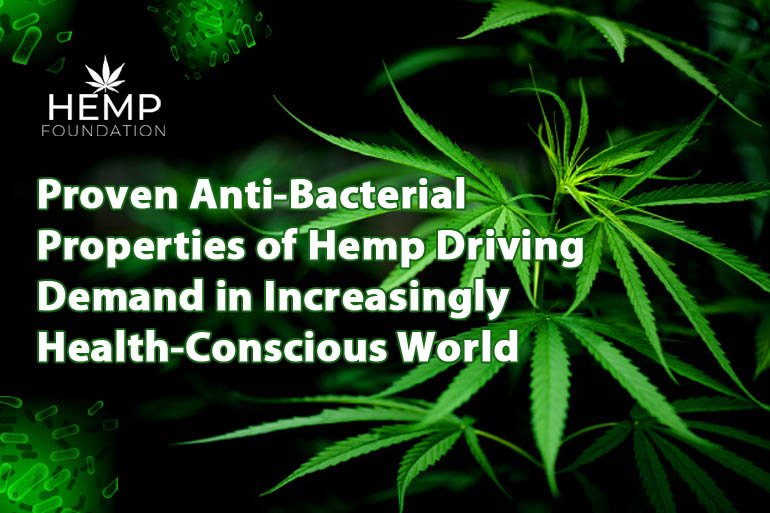 Textiles provide a fertile ground for microorganisms’ growth. Heat, humidity, and sweat are sustenance for the bacteria, helping them to multiply. Having a large surface area as well as the capacity to preserve moisture, textiles fully support bacterial growth, promoting associated health risks, and making it imperative for users to be careful about personal hygiene.

Well aware of the fact that textile structures support bacterial growth, manufacturers have been looking for ways to introduce the antimicrobial ability to textiles. They have been studying various approaches, including the grafting of antimicrobial agents onto the fibers. Agents that have been under consideration are triclosan, quaternary ammonium compounds, natural polymers, polybiguanids, or metal salts. There are chemical and physical approaches to producing antimicrobial textiles.

Let us find out what makes hemp fabric naturally anti-bacterial, but wait, better first understand what an anti-bacterial fabric is –

Fabrics treated with an antibacterial finish – Fabrics are chemically treated with finishes designed to destroy microbes and actively curb growth.

Naturally anti-bacterial textile – It is naturally anti-microbial and passes on this property to textiles, provided adequate steps have been taken in processing.

What makes naturally anti-bacterial textile the best option is the fact that they are soft on skills as well. Hemp, for instance, is naturally antibacterial as well as non-allergenic. It means that these fabrics are quite friendly for the skin. The users will never feel allergenic using these fabrics. 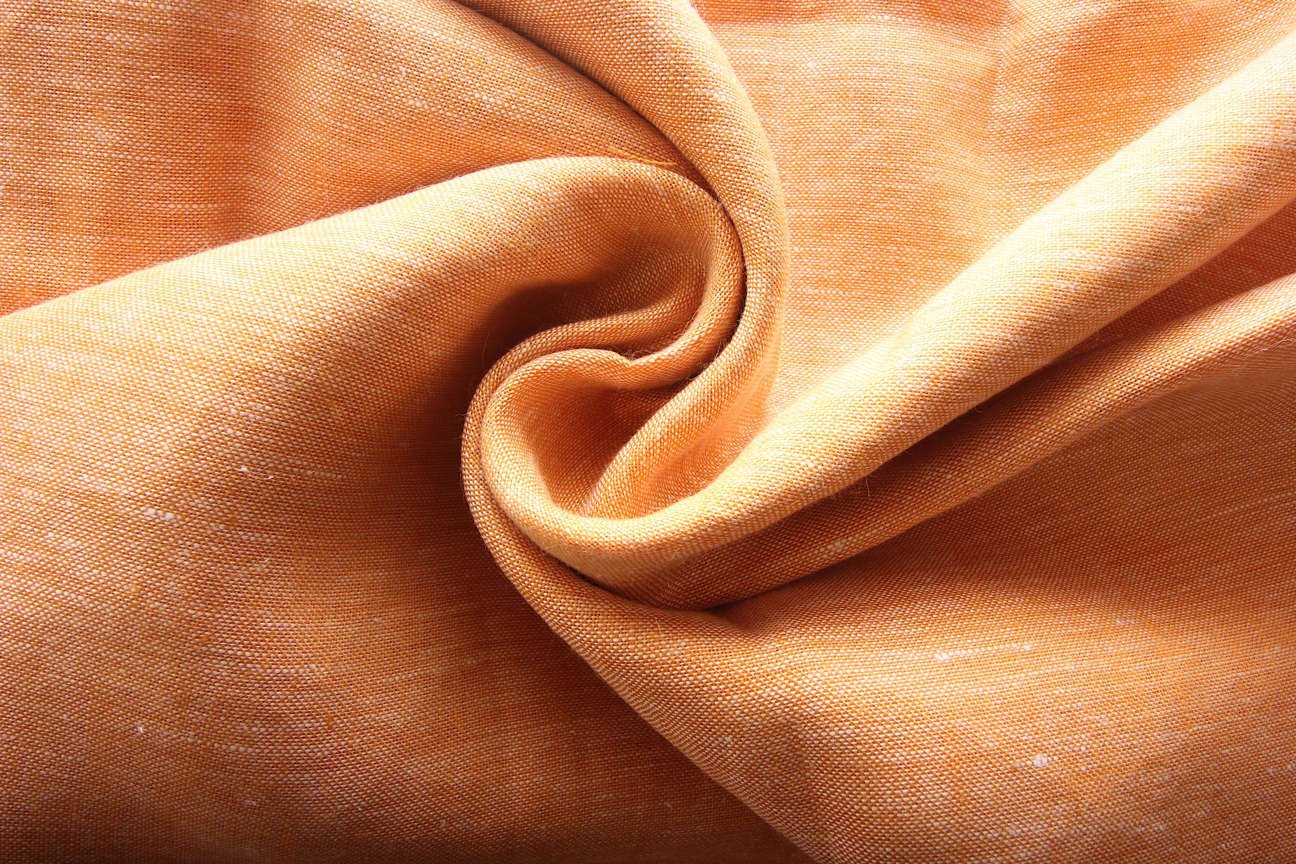 Role of CBD and THC in making hemp anti-bacterial

A major reason behind hemp fabric being antibacterial is the presence of CBD (Cannabidiol), a non-intoxicating component in the hemp plant. Its role is to shield the skin from the contentious oxygen molecules, which cause irritation and aging of skin cells.

THC, another component in the hemp plant, resists most bugs, fungi, and bacteria. It repels dust mites (cause of asthma and other allergies), and fungi and bacteria (cause of allergies and skin irritation).

Scientific studies have demonstrated that the use of hemp scrub products helps eliminate fungi and common bacteria. This property of hemp is a big advantage over cotton, which tends to host bacteria and fungi.

Learning a bit about the structure of bacteria will help to understand how it all plays out.

Notorious for causing so many diseases in humans and animals, bacteria lack proper nuclei and membrane-bound organelles. Their chromosomes are made of a single closed DNA circle. DNA in the bacteria either floats freely in a circular piece called plasmids or contorted, thread-like mass called the nucleoid.

Two defensive coverings – an outer cell wall and an inner cell membrane encircle the bacterial cells. Few bacteria, however, lack a cell wall. Some may have the capsule, the outermost protective layer. On the surface, the bacteria have whip-like extensions, which help them to attach to a host and move around.

Bacteria can flourish in diverse environments, from the soil to the sea.

That hemp has strong inherent anti-bacterial properties is not hearsay, but a scientifically proven fact.

Benet 1975 gives hemp more attention than any other fiber plant.

As discussed in Mechoulam and Gaoni 1967; Razdan 1986, a typical group of C21 compounds, called cannabinoids are there in hemp in the form of transformation products, analogs, and carboxylic acids. Hemp has 86 known cannabinoids classified into 11 structural types. Appendino et al. 2008; Lone and Lone 2012; Radwan et al.2009 suggest some of the cannabinoids present in hemp have outstanding antibacterial activity.

Hemp plants differ when it comes to the concentration of bioactive compounds depends on various factors like tissue type, age, humidity, nutrition, light levels, storage conditions, harvest time, and growth conditions. It is not a coincidence that the Himalayan hemp has been found to be excellent in terms of antibacterial activity as well as other elements. Though cannabinoids are present in all parts of the hemp plant, the flowing tops contain the most potent of the component. The part of the plant being used and the type of seed also influence the potency of cannabinoids.

The most used method for evaluating antibacterial effects in plant materials is extraction. It involves the separation of the inactive/inert components from the bioactive compounds of the plant tissues. Ethanol, methanol, chloroform, water, ether, acetone, and dichloromethane are common solvents used for active component extraction. The anti-microbial capacity of hemp has been proven using this technique.

As Borchardt et al. (2008) reported, hemp extracts using organic solvents demonstrated excellent antimicrobial activity against S. aureus. According to Lone and Lone 2012. Cannabinoids squeezed from the hemp leaves by an aqueous yielded a total of 3.8 g, while an acetone extract generated a total of 4.8 g (Lone and Lone 2012). Wasim et al. 1995 revealed petroleum ether extract, ethanolic extract, and the acidic fraction showed up activity against Gram-positive as well as Gram-negative bacteria.

Hemp fabric effective against a wide variety of bacteria

Several types of research have concluded cannabinoids in hemp work effectively against a broad range of bacteria. Important researches to this effect are Lone and Lone 2012; Appendino et al. 2008; Radwan et al. 2009), and Appendino et al. (2008) among others. All these researchers extracted all five major cannabinoids – CBD, CBC, CBG, Δ9-THC, and CBN – from hemp. The antibacterial activity of all these cannabinoids was analyzed.

All the cannabinoid extracts demonstrated potent activity against an array of methicillin-resistant Staphylococcus aureus (MRSA) strains of current clinical relevance. The antimicrobial activity of the acetone extract was more compared to the crude aqueous extract against the bacteria Vibro cholera and Pseudomonas aeruginosa.

Fiber to fabric – importance of process in retaining anti-bacterial properties

To preserve anti-bacterial properties while producing hemp fabric, the process plays an important part. You need to keep the process organic and refrain from using chemicals for retting. Though chemicals would wrap up the process a bit early, it will surely interfere with the natural efficacy of antimicrobial elements on hemp fiber and sustainability factors. The chemicals used will be accumulated by the water system.

In the further process too, particularly spinning, the use of chemicals needs to be minimized, if not completely eliminated. 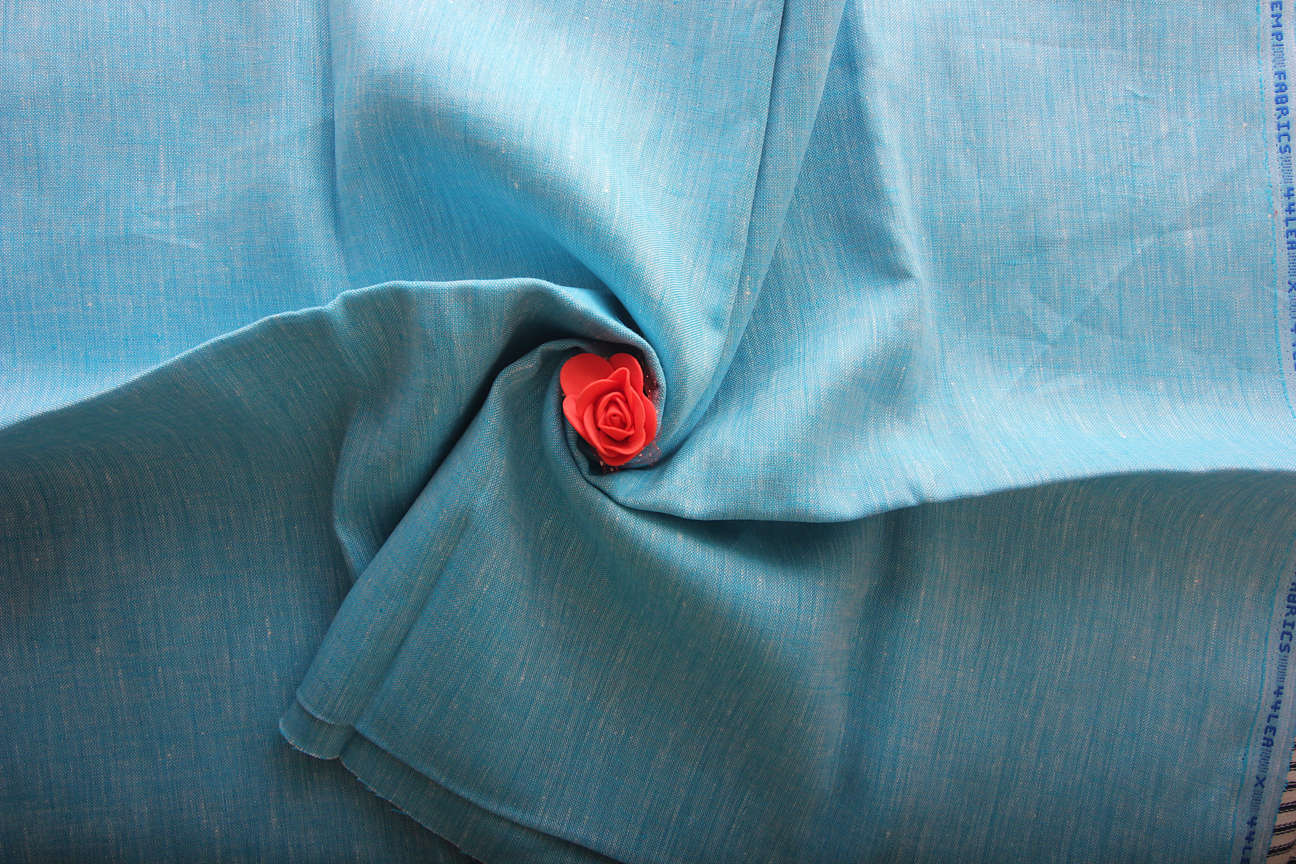 Why hemp fabric is decisively better than other options

As an environment-friendly fiber, hemp fiber is not just placed at the top but is the oldest as well. As per the Columbia history of the world, the hemp fabric discovered in tombs is the oldest relics of human existence. The fabric dates back to approximately 8000 B.C.

Hemp is a super-plant that grows without any need for artificial herbicides, pesticides, or fertilizers. It also consumes a considerably lesser amount of water than its main competitors like cotton. These factors give it a walk-over over other natural fabrics.

When it comes to efficacy, hemp fabric, which has inherent anti-microbial properties, has been found to be much more effective than the fabrics treated with an anti-bacterial finish. Moreover, as hemp is a natural fabric, it is environmentally sustainable which polymer fabrics with anti-bacterial finish are not.

Anti-bacterial finish on polymers washes away with time

The anti-microbial finish on the textiles can be segregated into two types – temporary finish and durable finish. In textiles with a temporary finish, the elements of anti-bacterial finish get washed away during washing. For durable finishing, the slow-release method is induced, with the integration of adequate antimicrobial agents into the textiles through the wet finishing process. Durability doesn’t mean, however, that the anti-microbial biocides will stay forever. The process gets slowed down, but eventually happens.

In a world that is increasingly getting careful about healthcare and hygiene control, the importance of antimicrobial fabric cannot be over-emphasized. Surface contamination involving bacteria underlines the role of antimicrobial textiles. With inherent properties of inhibiting bacterial growth and efficacy proved in scientific experiments, hemp textiles have emerged at the top when it comes to acceptance for various applications. These do not just include masks, towels, scrubs, and linens, but fashionable attire like trousers and shirts. Thanks to the well-established anti-bacterial properties of hemp, demand for hemp textiles and other products is consistently growing and the trend is expected to continue in the future.

Hemp Foundation is a non-profit organization working on Himalayan hemp research, conservation of indigenous cultivars, and promotion of hemp farming in Uttarakhand and help the farmers market their products.
Our Mission is to help the struggling families of Indian Himalayan region of Uttarakhand to return to farming to break the vicious cycle of poverty as they have abndoned farming due to lack of infrastructure, finances, market linkage, knowledge or threat of animals. We want the best of the best lives for them and the most prosperous future for their children. Amen!