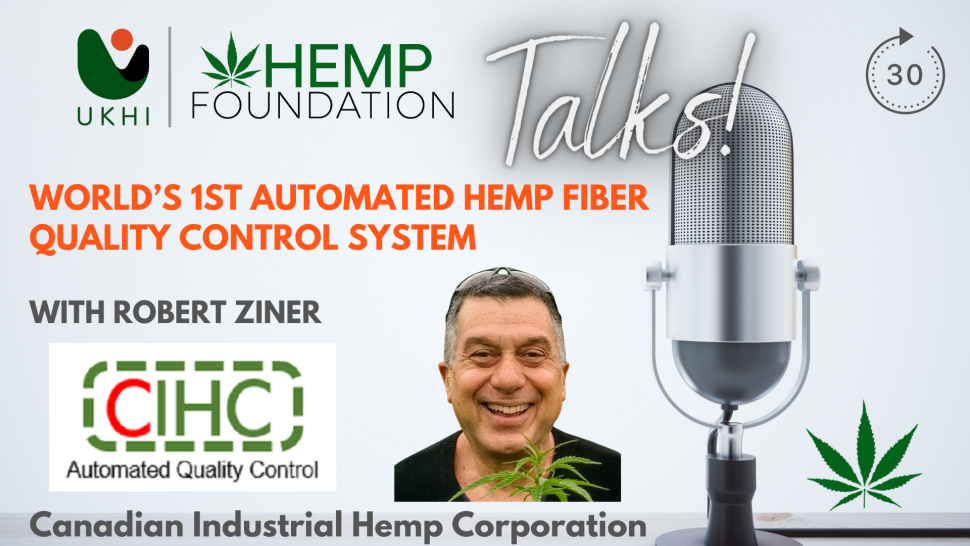 Robert Ziner knows how to use AI-based manufacturing systems to scale business and is doing this with Hemp. With over 30 years of previous experience in building materials and AI, Robert brings a wealth of skills and know-how to expand the industry in hemp bioplastics.

Robert previously founded and operated a public company which acquired three companies and generated over $240M a year in sales.  He has been working with advanced processing systems for hemp for the past 7 years.

Robert Ziner is the CEO of Canadian Industrial Hemp Corporation, the company. He founded CIHC in 2016 after being sent to China by the Canadian Alberta government, to determine if AI could be effective in building a viable and thriving hemp fiber industry in that province.

Robert has a 30-year history in AI and advanced manufacturing technologies as they relate to natural fibers. He was in the lumber industry since 1974 and in 1987 partnered with General Electric’s Factory Automation group to develop an AI-driven, Computer Integrated Manufacturing application for secondary wood processing – which was patented in 1991.

This technology redefined the economics of secondary wood processing, increasing production flexibility and consistency to help reduce production costs by over 50% – and increasing the Value Added by over 100%.

Robert is a recognized expert in fiber processing, optimization – softwood lumber and HEMP!

Robert believes in the power of Cyber-Physical engineering, structures and systems; recognizing that innovation is always first created in the imagination’s virtual world – to then be translated into existence!