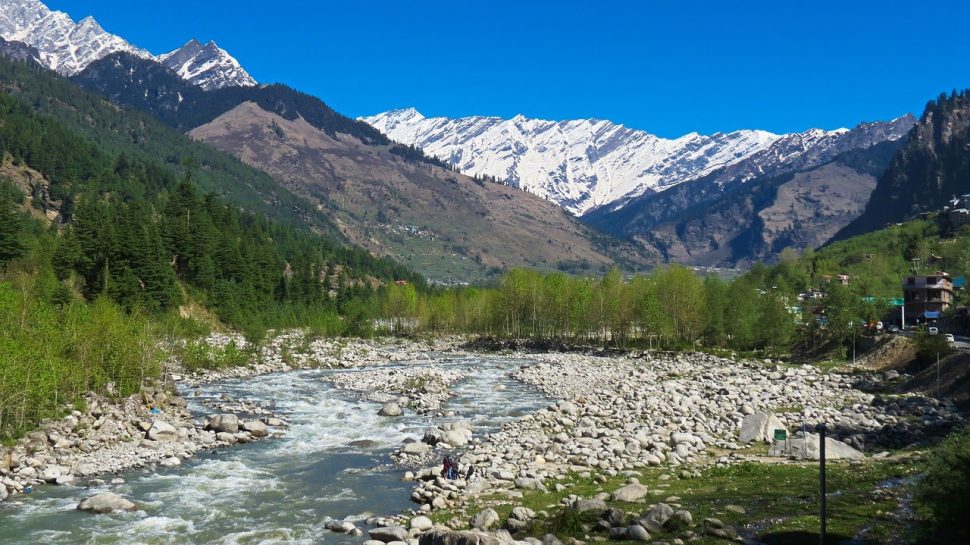 The North Indian state of Himachal legalizes the cultivation of industrial hemp. This policy opens the doors to new opportunities.

Himachal Pradesh has adopted an Integrated Drug Prevention Policy on January 31, 2022. The cabinet approved of the move that was initiated by the Jai Ram Thakur government last spring.

The policy has legalized the cultivation of Cannabis Sativa, the plant that provides not only cannabis but also industrial hemp, for medicinal and industrial use.

The state government has adopted an integrated strategy that will boost the cultivation yet maintain control over the rampant misuse of the crop.

In the next 5 minutes, you’ll benefit from a crystal-clear awareness of:

Cannabis and Himachal Pradesh: An Introduction

Himachal Pradesh has traditionally been known for cannabis cultivation. The hilly state famed for apples and tourism has the ideal climate and soil for the cultivation of the Cannabis Sativa plant.

Malana, located in Parvati Valley, is famous for its high-grade hashish. The location is reputed in India and abroad for Malana Cream.

Since 1985, the production and sale of opium have been banned in India.

The Narcotic Drugs and Psychotropic Substances Act (India) had clamped down on traditional cultivation. However, illicit production is difficult to eradicate.

This had led to drug addiction and the government missing out on an important source of revenue.

The new policy aims to correct this aspect. Various government agencies will act together to reduce the illegal cultivation of high THC content plants.

It will not ban traditional farming of cannabis in the Kullu and Mandi district but allow the cultivation of industrial hemp with low THC content.

This allows the agrarian class to maintain their livelihood without changing the crop and merely changing the species.

Cannabis has been used in India for thousands of years.

Its resin yields charas, the flower provides ganja (consumed by Lord Shiva, no less), and the seeds and leaves produce bhang (mixed in yogurt-based drinks for a happy high).

The British sense of morality was greatly offended by anyone imbibing anything they deemed improper.

The First and Second Opium Wars against China in the mid-19th century are ample evidence of their discomfort.

The same puritanical philosophy was revisited in 1985 when the US leaned on India to ban opium cultivation, resulting in the NDPS Act of 1985.

Over the past decade, the emergence of industrial hemp has changed the scenario.

There is the possibility that it could become “the cash crop” of the future, enabling thousands to earn a decent livelihood and save the planet in the process.

The 2018 United States Farm Bill legalized hemp production, and the doors were thrown open. No longer was hemp a taboo word, but an important raw material that could one day rank besides cotton and sugarcane in global economic importance.

Meanwhile, India too had embraced the idea of legalizing trade on hemp plants and associated products.

In July 2017, Maneka Gandhi, a prominent Indian politician for three decades and then Union Minister of Women and Child Development, advocated the legalization of medical marijuana.

A week after her suggestion, the Bombay Hemp Company and Council of Scientific and Industrial Research entered into a partnership for the supply of cannabis for research, a distinct first.

In December of the same year, Viki Vaurora, founder of the Great Legalization Movement India, a non-profit that advocated for the legalization of marijuana, penned an open letter to the Indian Prime Minister.

In December 2020, India voted to remove cannabis from The Single Convention on Narcotic Drugs of 1961, the UN charter that had caused the NDPS Act to come into effect.

Though the NDPS Act had banned the cultivation of cannabis plants, it does offer some leeway.

Section 8 of the Act allows production and sale for medical and scientific purposes.

Section 10 allows each state to frame its own laws in this regard, subject to the fundamental provisions of the NDPS Act.

Possession, transport, sale, and export outside the state are all possible for industrial or horticultural purposes.

Taking advantage of this in 2017, Uttarakhand became the first state to legalize the production of hemp. It was followed soon by Madhya Pradesh.

Himachal Pradesh has a robust economy powered by tourism. But it was set to be tested as never before.

On January 27th, 2020, the pandemic arrived in India. Less than two months later, the government declared a nationwide lockdown.

Its GDP of $24 billion dropped as tourists stopped coming for months. The second wave in 2021 compounded the crisis.

On August 8th, 2020, the CM was quoted as saying that the ongoing pandemic had cost the state ₹30000 crores ($4 billion). Eighteen months from that date, the figures are far more frightful.

Recent figures show that the state’s debt had grown to ₹60500 crores, and the situation asked for tough measures.

Ultimately, the state hopes to earn ₹18000 crores through controlled cultivation of hemp. The taxes would be crucial to ease the debt burden.

Thousands of drivers, guides, hotel employees, and everyone else who benefited from the huge influx of tourists suffered.

One fact shows the magnitude of the problem –

Himachal Road Transport Corporation (HRTC), the government-owned bus service, had losses of ₹840 crores in 2020-21. The losses across the entire tourism sector were probably a hundred times worse.

With an estimated 2400 acres under illegal cannabis cultivation and almost a thousand crore worth of hashish smuggled abroad every year, the time was ripe for a different tack.

Thanks to the Integrated Drug Prevention Policy, employment of 50,000 is assured. Certainly a welcome move after two years of hardship.

It was an ideal opportunity to introduce a brand new cash crop that required very little input and was hardy.

Since then the Hemp Foundation has gone from strength to strength.

From helping farmers grow hemp to processing the harvest, Hemp Foundation has emerged as one of the largest vertically integrated hemp producers in India.

Our product line includes wholesale bast and hurd as well as derived products such as fabrics and bioplastic.

The future for industrial hemp in India is bright

The change in Himachal Pradesh provides the Hemp Foundation a way to fast-track its plans to grow and expand capacity.

The lessons learned in Uttarakhand would serve well. In five years, we have developed hands- on expertise and a deeper understanding of the process involved.

It is not easy to tame the slopes at a height of eight thousand feet. The terrain is rugged and provides no scope for error. Mechanization is out of the question.

The poor inhabitants of the hills have little chance to improve their financial condition. While the men leave for the cities to look for work, the women live alone in the villages. There is no farming because of the paucity of water.

It is astonishing and I would not have believed it unless I “Vishal Vivek Singh” had seen it for ourselves.

A remedy is now possible since the burgeoning popularity of hemp fabric in the west could transfer wealth to their hands.

Hemp Foundation looks forward to a new era of prosperity in Himachal Pradesh in near future.